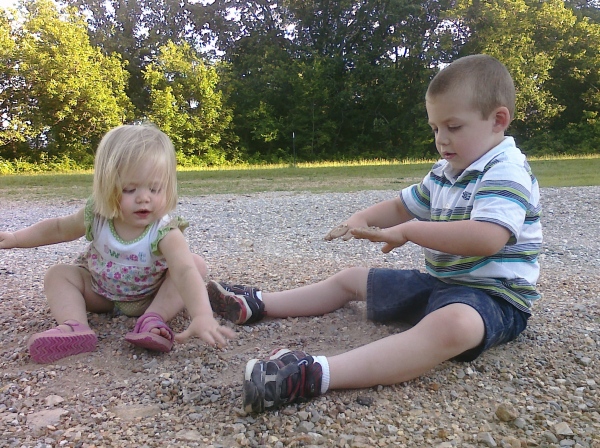 Tonight, both kids loved playing and digging in the driveway dirt

Sometimes kids need to play in the dirt.

They need to dig in it, run it through their fingers and toes, throw it in the air, sprinkle it on each others heads and even taste it when you aren’t looking (though watch out for rocks in the mouth).

As my children joyously played in the dirt for over an hour tonight, I considered how most adults spend their days trying to cover up how dirty they really are, or attempting to sanctimoniously separate themselves from any dirt, including dirty people. 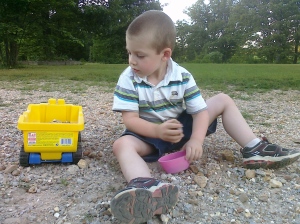 When it comes to sin, God knows how dirty we are. We know how dirty we are. Yet, we have perfected the art of covering up the dirt instead of jumping into the vast pool of God’s forgiveness. Churches are full of dirty people lathering on the deodorant and spraying way too much perfume. Why are we such pretenders? Why is it taboo to stink, when we all stink? In our elaborate schemes to cover up, we are actually denying the shed blood of Jesus. In Matthew 26:28, Jesus proclaims at the passover supper the day before He is crucified that, “This is my blood of the covenant, which is poured out for many for the forgiveness of sins.” Jesus didn’t pour out His blood so we could act like nothing is wrong and that we don’t need His forgiveness. We need to humble ourselves, just as Naaman did, and wash ourselves in the river for healing and cleansing. Then, we need to be genuine, and humbly admit when we mess up, instead of going back undercover. 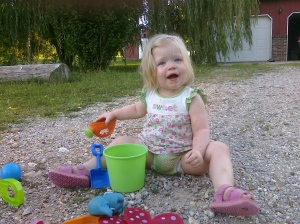 Lauren was by far the dirtiest she ever has been!

We must also diligently make sure that we don’t fall into the next trap: trying to avoid dirt so zealously that we push dirty people to the wayside. God wants us to rub shoulders with dirty people, become friends with dirty people, and even love dirty people. We will get messy, and that’s okay. People without hope need to know people who have the hope of Christ. Jesus walked the dusty roads on a daily basis, healing and proclaiming the Good News as He went. He went to where people were hurting and touched them so they would understand they were not alone, and that God had come for them. If Jesus could do that, without sin, we also need to embrace the dirty and downtrodden. He came for them (us) all, and we should go to all, introducing them to the freedom of forgiveness through the Prince of Peace.

In him we have redemption through his blood, the forgiveness of sins, in accordance with the riches of God’s grace that he lavished on us.

By the way, I got quite dirty wrangling the kids into the house this evening, as well as very wet trying to scrub off all that dirt on them! I am so thankful for the riches of God’s grace that He has lavished on me, even if it’s in the form of dirty kids and water splashed over most of the bathroom!!