Ever since we visited the Potter Park Zoo in Springfield, Mo., earlier this summer, Jackson has poured over the zoo map he picked up there. The edges and folds have worn as he has explored it, played with it and shared it with many other people, describing our adventures there. He has spent many more hours playing with the zoo map than we did at the zoo.

Knowing how much he enjoys imagining going through the zoo and seeing the animals, I helped Jackson design a zoo of his own, with an accompanying zoo map.

We spent more than an hour finding animal pictures online together, with Jackson handpicking which species he would feature in his zoo. He decided where each exhibit would go and how people would want to walk around the zoo. He even specially chose animals for an interactive petting zoo. 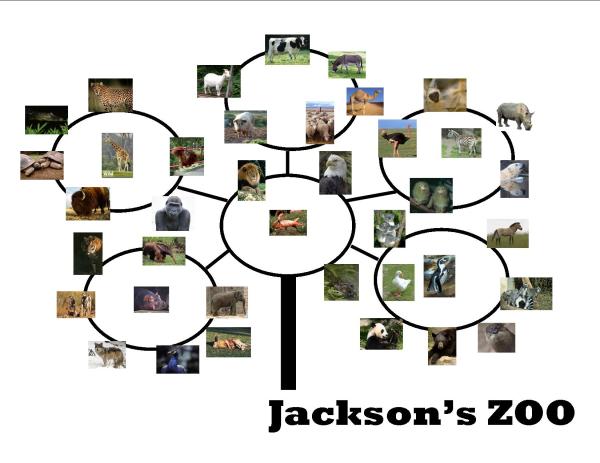 This is the first draft of Jackson's Zoo. We plan on adding a train, bathrooms and restaurants on the next map!

Jackson could hardly wait as the map printed, and jumped up and down when it was finished! He made his own zoo!!

As I was finishing up a few things on the computer while he began playing with his new zoo map, Jackson disappeared upstairs. After a few minutes I heard him bound down the stairs, jumping the last step and landing with a thud.

“Mommy,” Jackson said, holding his old Potter Park Zoo map, “I don’t need this anymore. I’m going to put it in the trash can.”

I was floored! This map had traveled, literally, everywhere with him. I would daresay it was one of his most treasured possessions, which he carefully placed on a shelf each night in such a way that it was one of the first things he would see every morning. And, now, after having created a new zoo map, he was ready to let it go?

I gave my permission for Jackson to throw away the old map, and the deal was done. He hasn’t referred to it since.

I don’t know many people who can move forward so wholeheartedly and decisively!

We each have dreams and plans that we pour our lives into, designing and crafting each aspect. So what happens when God diverts the path in which we have invested so much of ourselves and gives us a new map to follow? What is our reaction?  Our response may include some sort of tantrum, pity party, intense cross-examination or initial flat out refusal of God’s course correction. Maybe we move forward with God, but we keep looking back at the past and dwelling on what “might have been.” Or, perhaps we only halfway accept God’s dream for our lives, keeping pieces of our heart just for ourselves and what we want.

It is hard when God asks us to embrace His life and His plan. When God’s will goes a different direction than where we have been, we must leave our former life behind and run after Him.

Give me one pure and holy passion.
Give me one magnificent obsession
Give me one glorious ambition for my life
To know and follow hard after You

Listen to this song

God has definitely guided me to places I thought I’d never go and given me roles I wouldn’t have chosen for myself. Life doesn’t always turn out the way we plan. But, when we follow hard after Jesus and make Him our passion, life is incredibly sweet. When we walk hand-in-hand with our Savior, experiencing the fullness of His love and peace, I guarantee there is nowhere else you would rather be.

You will never regret it! 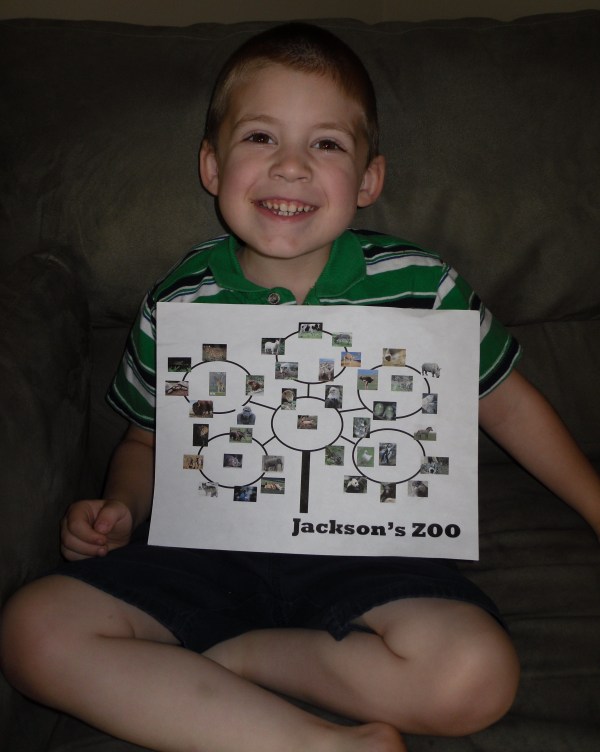 Jackson and his new zoo map!

One thought on “Jackson’s Zoo”