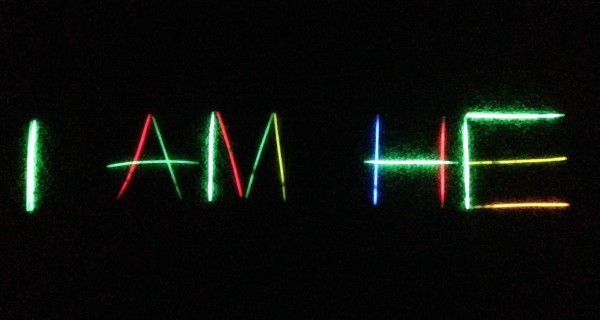 Judas Iscariot led a company of soldiers into the garden, armed with torches and weapons, and ended up falling to the ground in the presence of Jesus. In fact, Jesus approached them and asked who they were looking for, even though He knew. Jesus was, and is, God, and responded to the mob by giving them a glimpse through His words of His true identity. When the group said they were looking for Jesus of Nazareth, He responded, “I am He.”

Jesus IS the Great I AM. He is the God who created the universe, the God who brought the Israelites out of Egypt with amazing signs and wonders, the Jesus who was slain before the foundation of the world.

In the aftermath of Jesus being arrested, His disciples scattered. They ran away terrified into the dark of the night. After our Bible study time, we played glow stick seek and find. Each kid took turns hiding glow sticks all over the living room, and the other worked to find them all in the dark.

Read about Jesus being arrested in the garden in John 18:3-11.

Learn more about 2 Weeks 2 the Cross and explore ways to experience Easter in a meaningful way with your family.